After starting the program you will see the following window: 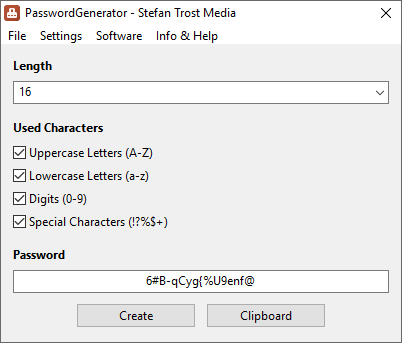 The History can be reached via the menu "File" > "History" or via the clock icon in the Android app. 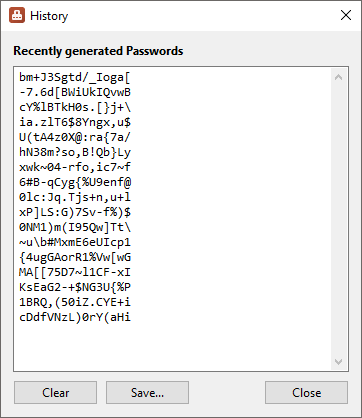 In this window you will see an overview of all passwords generated since the program has started. You can copy the passwords directly from the window or save them as a file via the "Save" button. If you do not want the created passwords to appear in the history, you can turn off "Save created Passwords in the History" in the menu "Settings" > "General" (only in the desktop version).

Additional settings can be accessed via the menu "Settings" or via the gear icon in the Android app.

Further screenshots of the PasswordGenerator can be found on the pages First Steps and History.