The following screenshot shows the SlippyClerk writing the odd number sequence from "Page 001" to "Page 027". 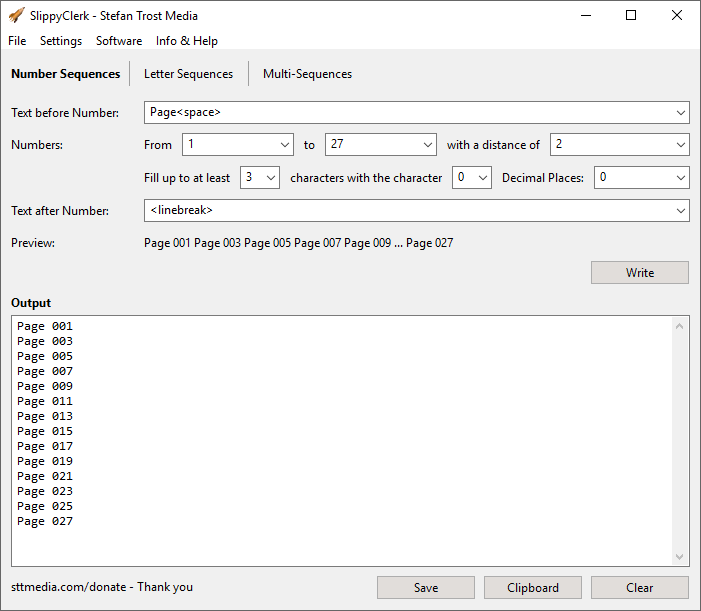 In the settings you can see how a number series from 1 to 27 with a distance of 2 was defined. In front of each number, the text "Page

In the preview below the settings, you can already see how your row will look like when you change the fields. You can then click on "Write" to write the sequence to the output. Below this you have the option of saving the series, copying it to the clipboard or deleting it.

Similar is the mode "Letter Sequences", which you can reach via the tab of the same name. In this example we want to write a series of letters from A to BB. 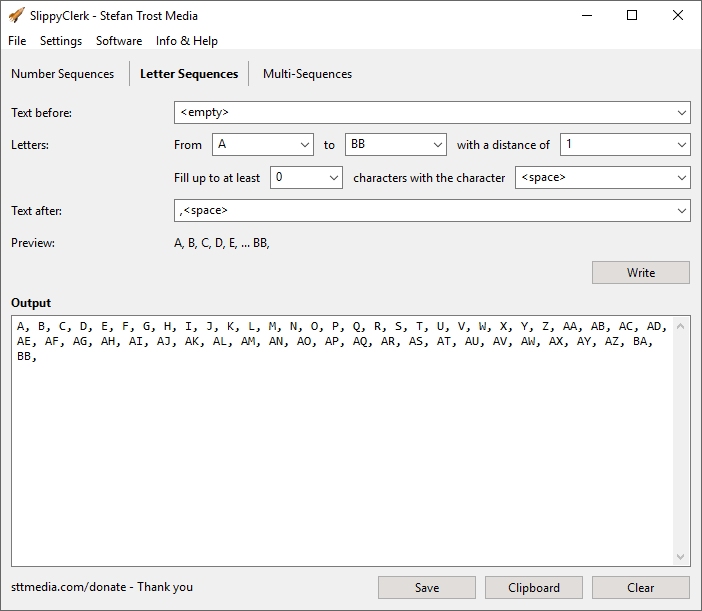 Instead of the numbers, we have therefore defined a series from A to BB. Since we do not want to skip any letters this time, the distance is 1. We did not define a text before or a padding in this case, but a comma and a space after each element.

The Multi-Sequence mode offers the greatest possible flexibility. On the top left, text elements, number sequences and letter sequences can be defined. Afterwards they can be added to the elements box on the right side with the button "Add". These elements will then be written consecutively as many times as set in the box "Repetitions" under the elements box. When clicking on an existing element, it is loaded again into the settings on the left and can be added via the button "Add" again or replaced with the button "Replace" with the old selected element after editing. 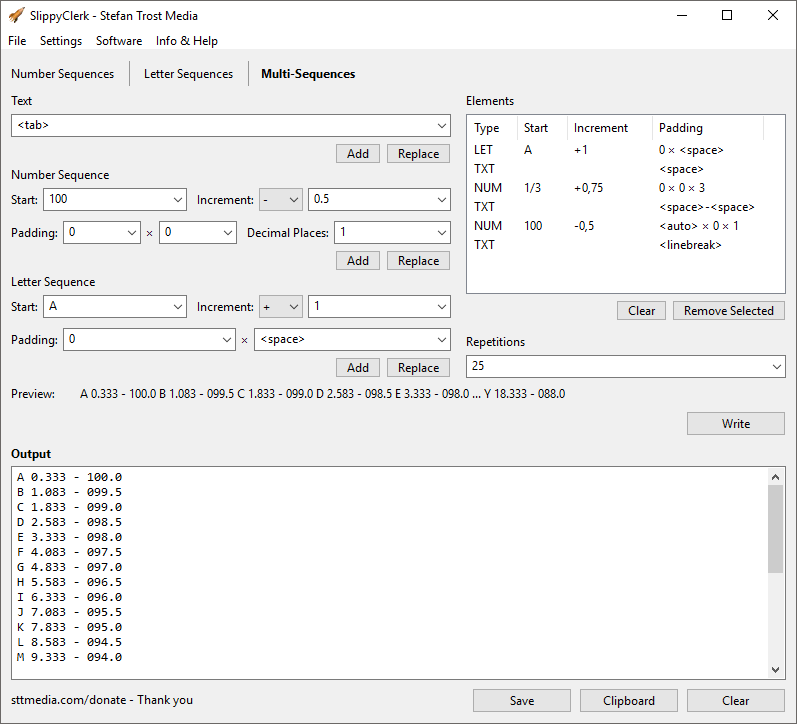 Screenshots of the old version of SlippyClerk can be found here.