On the left side of the main program, you can manage the files whose encoding and line break you want to change. On the right side you can set the desired changes and determine how the changed files should be saved. 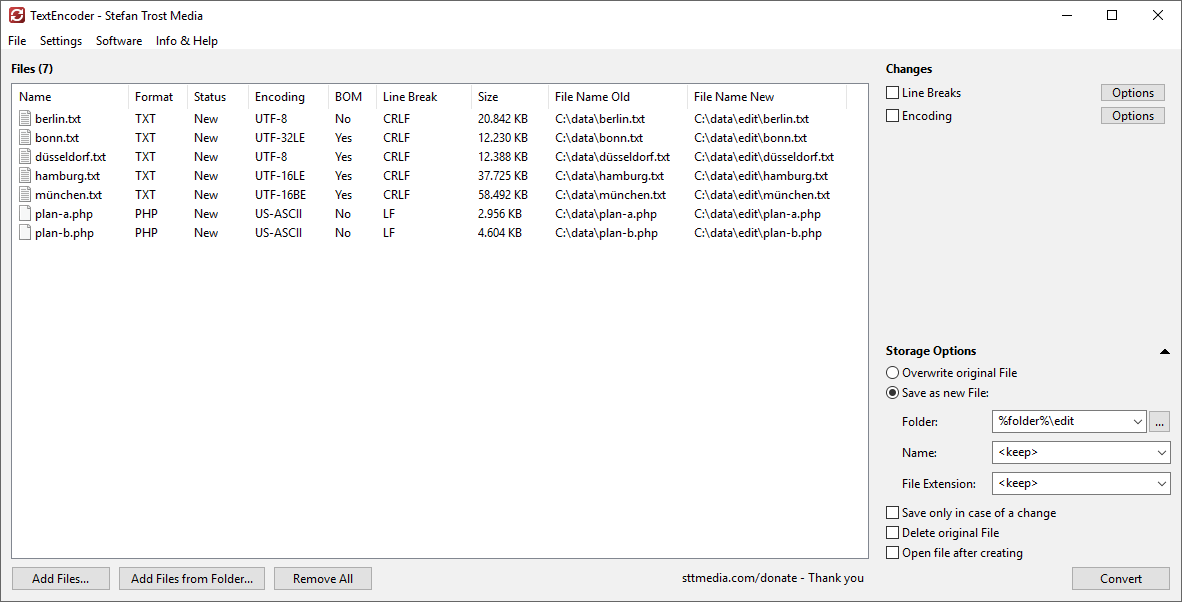 To add files to the program, you can simply drag those files onto the program. Alternatively, you can use the buttons "Add files" or "Add files from folders" under the file list.

The settings for changing the coding can be found on the right under Changes > Encoding. 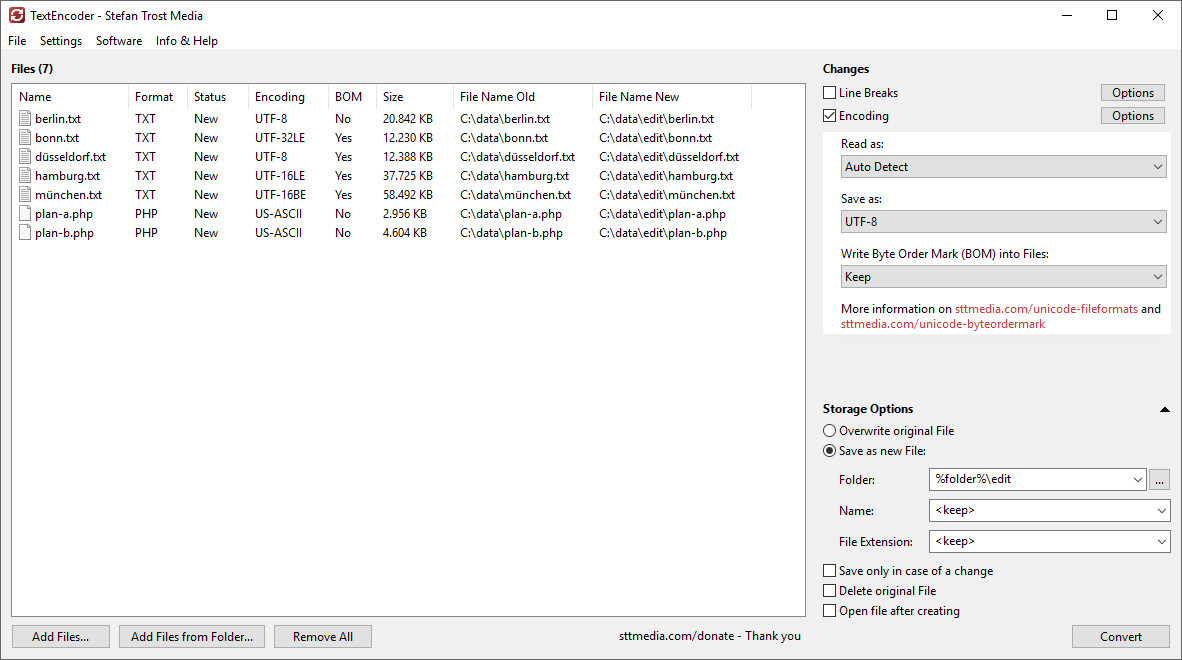 In the screenshot shown, we would like the program to automatically recognize the old encoding of the files and save the files as UTF-8. The use of a byte order mark should correspond to the old file. Alternatively, we could also set here, for example, that the program should always interpret the files in a specific encoding.

The settings for changing the type of line break used can be found on the right under Changes > Line Breaks. 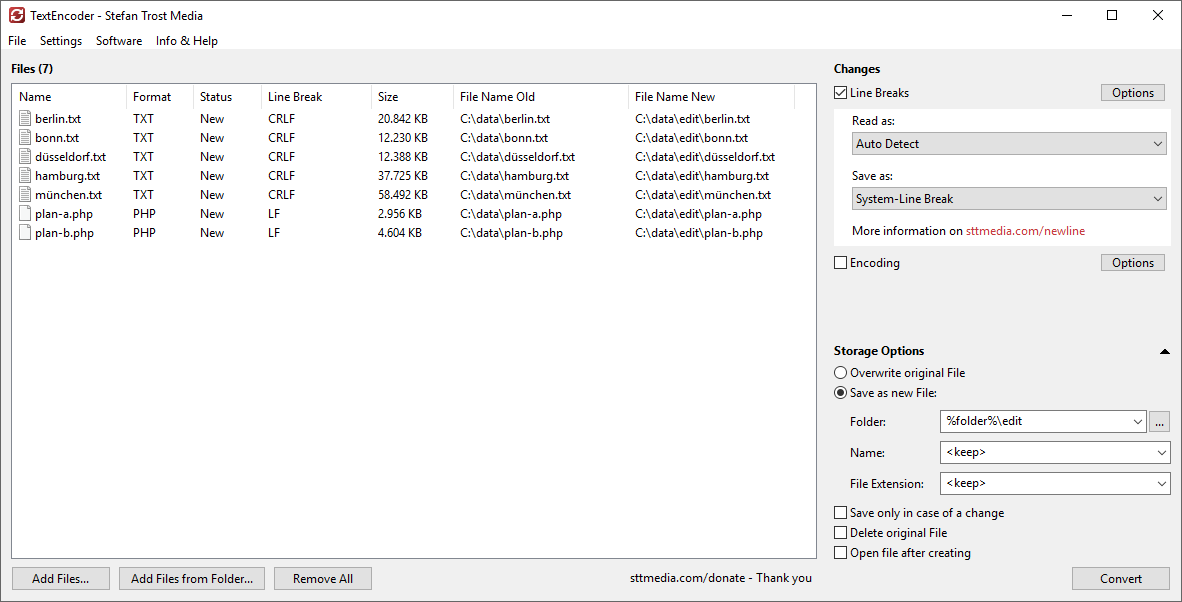 Screenshots of the old version of the TextEncoder can be found here.