In the following screenshot you can see the main window of the TextConverter. The window is divided into the five areas Files, Actions, Original, Preview and Storage Options. 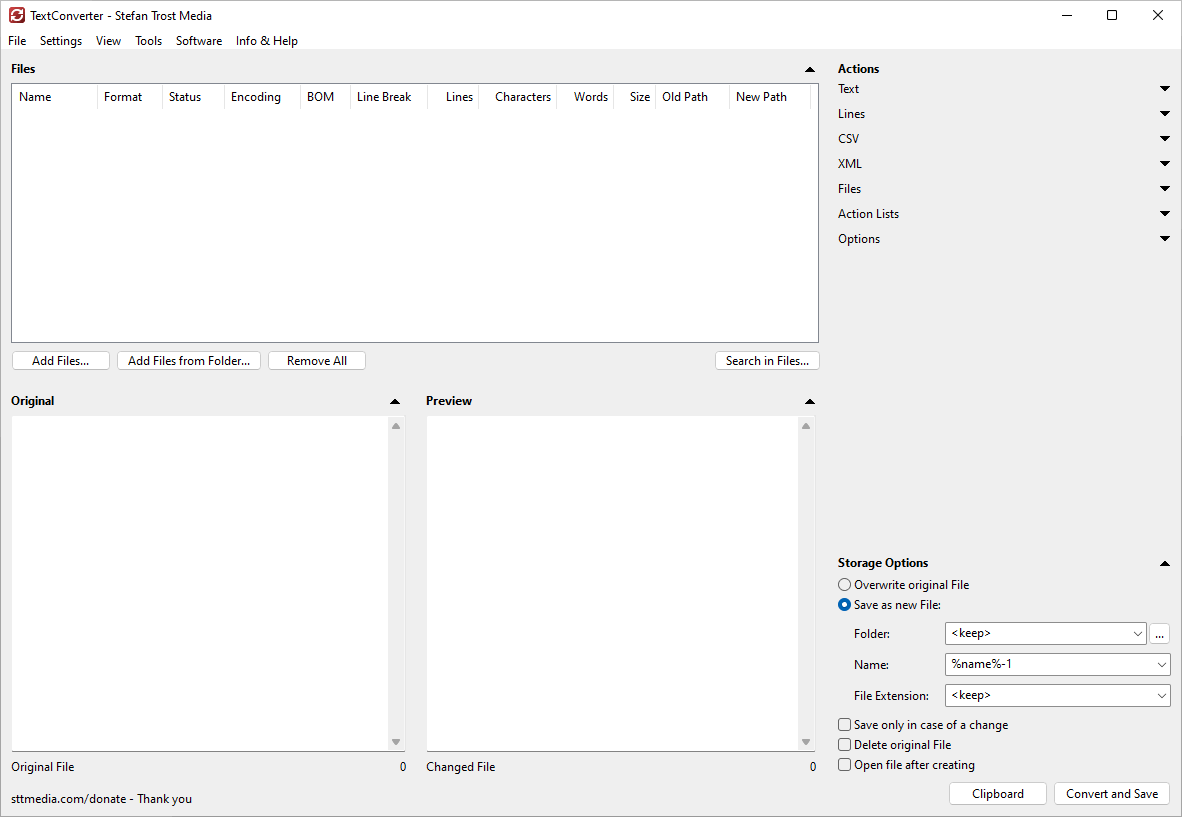 The file list in the area "Files" contains all files on which it is being worked on. If you want to edit a text instead of files, you can copy or write the text into the field "Original". In this field, also the unchanged content of a file from the file list can be shown by selecting the file in the file list. In the area "Actions", you can configure which changes should be made. You can subsequently see the result in the field "Preview". Via the button "Convert and Save", you can process all files that are currently in the file list according to the activated actions. How and where the files are stored can be specified in the area "Storage Options".

In order to add files for their processing to the file list in the TextConverter, you can simply drag files or folders onto the program or you can use the functions "Add Files" or "Add Files from Folder". The changes that you would like to make on the files or texts can be set on the right under "Actions". The actions are divided into actions for editing the text as a whole, line editing, CSV editing, XML editing, file editing and action lists. 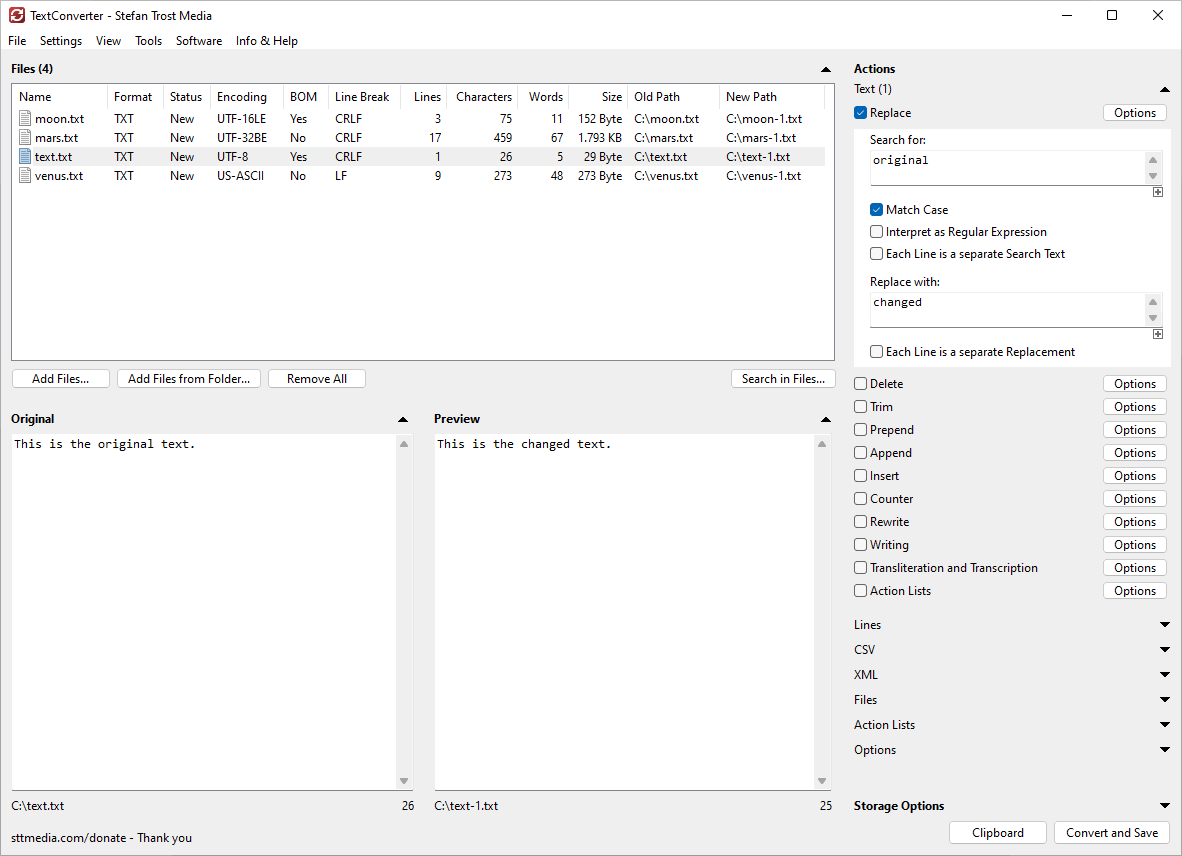 In the previous screenshots you have only seen the individual actions that you can select in the areas Text, Lines, CSV and XML. However, each of these areas also contains the option of creating action lists. With action lists, you can combine any number of actions in any order. For the following screenshot, we have activated the action list in the area "Text". 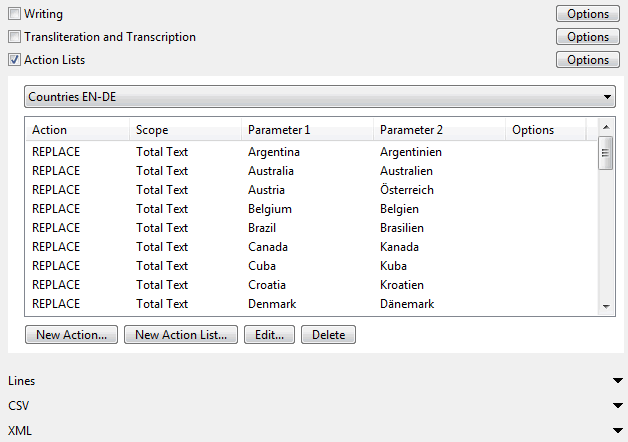 The screenshot shows a very simple action list that contains replacements of country names. You can create a new action list using the button "New Action List". After clicking that button, the action list editor opens, which you can see in the next screenshots. Existing action lists can be selected via the drop-down box above the list and they can be changed directly in the list view or via the button "Edit" which opens the editor. 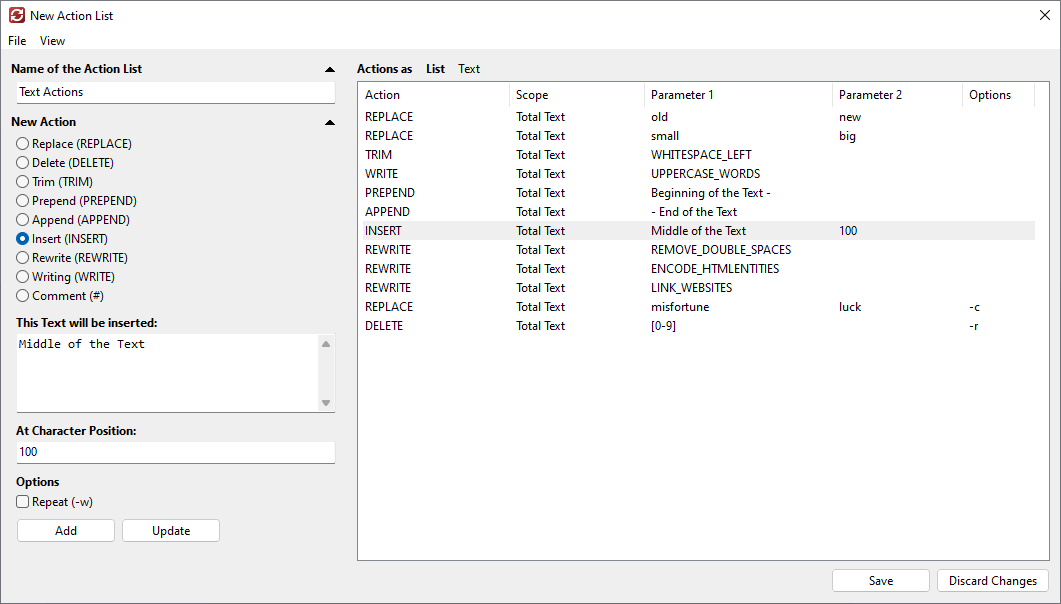 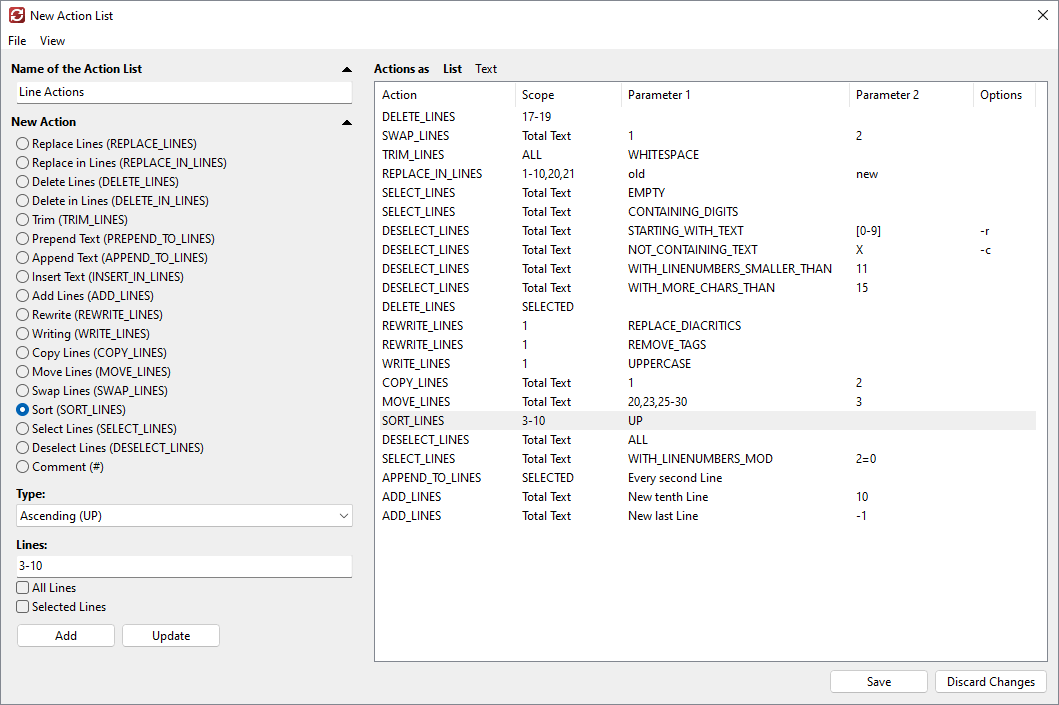 With the integrated search function "Search in Files" it is possible to search all loaded files for a text and to display the number of results. 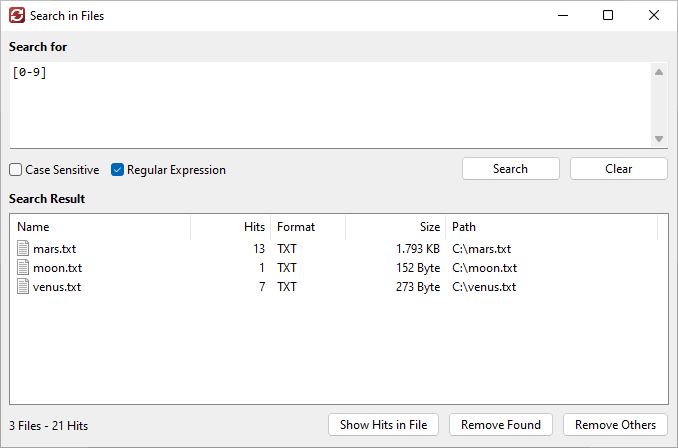 Optionally, it is also possible to use regular expressions for searching. As an example, the screenshot shows the search for an arbitrary number (digits 0 to 9). Accordingly, in the search result, all files that contain numbers are displayed. Via the button "Show Hits in File", it is possible to jump directly to the text found in a file.

Further screenshots of the TextConverter can be found on the page First Steps.

Screenshots of the old version of the TextConverter can be found here as well as on the page First Steps with the old Version.